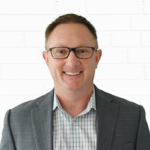 Even though we live in a world today where it seems that every vehicle added to the market is now equipped with sensors and systems to help you avoid a collision, the first system that was offered is now forty years old. In 1978, Mercedes-Benz offered the first production car with an Anti-Lock Braking System installed to help avoid a collision by preventing the wheels from locking up. This system has changed the way we drive forever and was revolutionary for the automotive industry. Even in 1978, ABS was not a new idea; this system had been used in other ways for a few decades.

Even before World War II, French and German engineers experimented with anti-slipping systems for the railway and aviation industries. Eventually, this led to a system that was able to improve the braking performance for the planes flown by the Royal Air Force in Great Britain. This system continued to develop and was used in four-wheel drive Formula One race cars in the 1960s and on the Concorde. These large-scale and expensive applications of the ABS system were fine for the businesses that were paying for them, but for an individual car owner, the task would be to create a system that could be affordable.

The work by Daimler began in 1953 with the complexities of creating a system small enough and with the required features to work on a car. The challenge for a car, compared to a train or a plane, was that it required more sensors and faster signal processing in order to be effective. This meant registering irregular surfaces and varying road conditions along with the different ways that car wheels operate compared to those on other forms of transportation.

Eventually, Daimler-Benz began working on an electro-hydraulic brake control system and partnered with Teldix, which was later taken over by Bosch. From 1963 until 1970, the team worked together to try and develop the system that would eventually show up in the cars of the late 1970s. The first test model showed up in 1970 at the test track in Unterturkheim to give us a look at what ABS could be, but that wasn’t the end of the development. There was more than would be needed to make this system work perfectly.

More Development and We have ABS

The mass production of ABS required a digital controller that had to be added. This decision was a serious breakthrough for ABS development to make it so that we could control the spin of the wheels and avoid understeering into oncoming traffic. Once ABS was added in 1978 by Mercedes-Benz, every automotive company wanted to add it to their vehicles as well. While only offered on luxury models at first, eventually, ABS became a standard part of every vehicle sold, and this year we celebrate the fortieth anniversary of the technology that began to allow us to avoid a collision rather than just feel safer in a vehicle when a collision takes place.